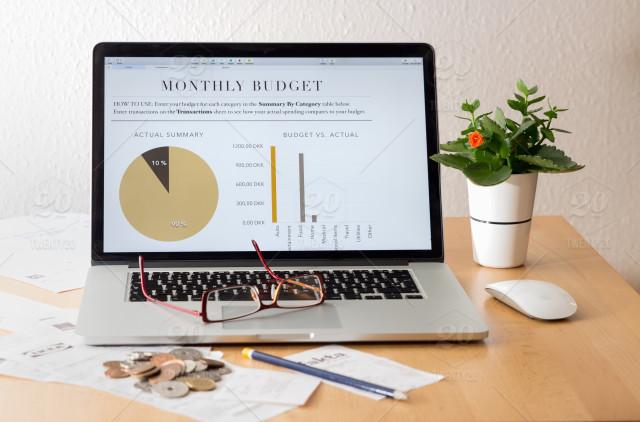 To ensure effective budgetary control, budgets must be effectively monitored and managed. Although the difference between monitoring and managing budgets is not clearly defined, there are certain characteristics that set them apart.

The two can be broadly distinguished as follows:

The budgetary control process ensures funds are being utilised in accordance with the required level and quality of output from the allocated resources.

The process of controlling budgets can be broken down into several steps:

This information is normally provided in the financial management report. The style and content of the report will vary from one organisation to another and will be dependent on the financial system used.

To establish the actual position, the budget holder will need to examine and understand the financial information available. They will need to know how current the information is and adjust it for any outstanding transactions. These may include debtors and creditors. The budget holder will also need to know if any part of their budget has been “committed” – i.e. if goods and services have been ordered but not yet received.

Therefore, depending on the organisation, establishing the actual position may require information from several different sources.

After completing Step 1, the information gathered needs be compared to the budgeted figures set at the beginning of the financial year. This comparison should be simple if the actual income and expenditure headings match those that were originally set.

Variance analysis is discussed in detail in some of our other resources, such as our book “Managing the Devolved Budget”. We also have a very good online course on the UDEMY platform called “Managing Budgets in the Public and Non Profit Sector” which explains variances clearly.

In the context of budgetary control, the term variance refers to the difference between actual and budget (planned) income and expenditure. An example of a variance is shown as follows:

The above example shows that by month six the budgeted expenditure on salaries was set at £120,000. However, the actual spending on salaries in those six months totalled £132,000. The difference between these two figures is £12,000. This represents the variance from the budget. In this case the variance is negative. The brackets represent over spending.

The “budget to date” column shows the amount of budget that should have been spent by month 6. Ideally, the budget would be “profiled” to reflect the pattern of expenditure over the year. Therefore, when the actual expenditure for that period is compared with the budget, the true variance can be calculated.

There are other variance calculations methods that can be used in assisting the budget holder to control the budget. As mentioned in Step 2, we have other resources that discuss this topic in further detail.

There are several reasons that can account for differences found between the budgeted and actual expenditure. The reasons for all variances needs to be identified. This process is critical to effective budgetary control, as the budget holder needs to know when it is appropriate to take corrective action. Variances can be both positive and negative, reflecting excess spending or under spending, or over/under performance on income. All require investigation.

The reasons for variances may include:

Budgets can only be controlled if corrective action is taken in response to the variances. Sometimes the explanation for the variance results in no action being required. For example, timing differences. This is where the variance will diminish over time as the actual income and expenditure figures  naturally match up with the budget. Variances that arise because of fundamental changes, such as an increase in demand for a service, require action. This is necessary to regain budgetary control.

Examples of the type of action that can be implemented are given below:

To effectively control the budget, it is necessary to remain focused on the future position. The calculation of the “outturn” becomes an important process as it reflects the projected financial position at the end of the financial year.

The projected outturn should be calculated on a consistent basis. This is because assumptions about changes to the budgeted income and expenditure during the year can change. It should also consider trends, known events, fixed/uncontrollable expenditure, budget profiles, supply and demand.

Learn more about how to monitor and manage budgets by reading our books or attending one of our courses. For further details visit our website www.hbpublications.com

Givegood Ltd t/a HB Publications and Training International, is a company registered in England and Wales with Company Number 2243798.